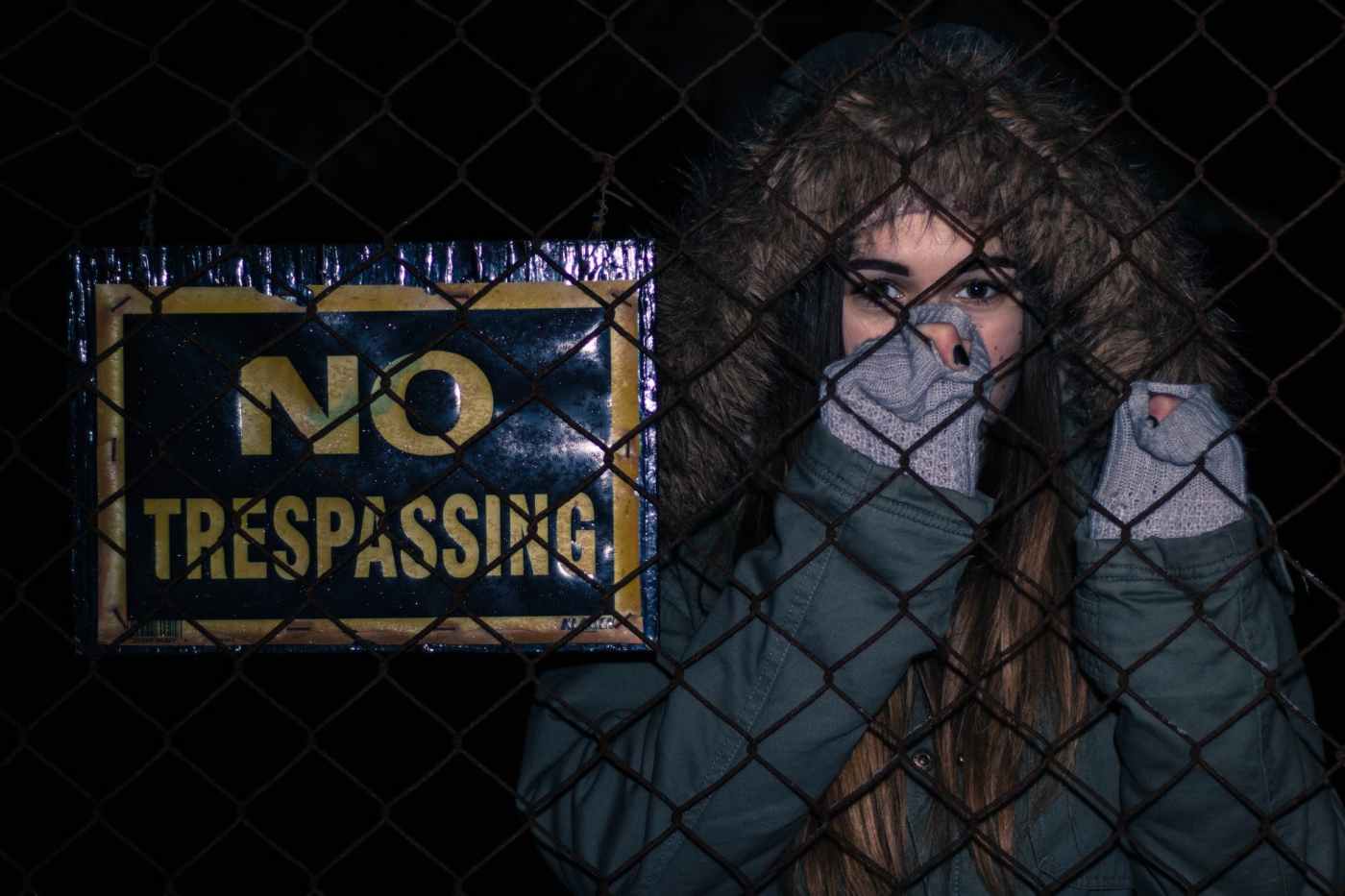 Before any aid truck shows up, three King County Sheriff vehicles arrive with lights flashing causing me to panic inside and go blind. The kept asking me the same questions over and over. They insult me because they don’t understand me. No crime was committed, reported or threatened at any time. I also didn’t raise my voice and say what I really wanted to say.

The whole time I was getting insulted, they never turned off their lights to stop the torture. I showed them I didn’t have any weapons. All I had in my bags was dry clothes, my book, stuff to charge my electronics and camera gear. I was not a threat; just a guy needing a ride to the hospital.

I got in the aid truck, buckled in and rode to Swedish – Issaquah. They wheeled me in and a nurse, who I thought was trying to help, says, “here let me take these” as she relieved me of my bags. I looked to my right and thought, that’s weird that there are so many police here.

The hospital had me change into a gown even though I wasn’t wet. They had me put my stuff in a plastic bag and pee in a cup. After changing, I was shown to a room and had vitals taken. I then glance over my right shoulder at the noise by the counter and almost threw up.

I am pretty familiar with the 4th Amendment and the police were going through all my belongings. Everything was spread all over the counter. They illegally seized and searched my belongings without a warrant, consent, a crime or threat of danger present at the time of search. Were they looking for the fruit from a poisonous tree?

What was the result of their search? They took everything out, opened it and just threw the stuff loose into a hospital plastic bag. Then they locked up my stuff, or did they? The camera, clothes and meds got locked up. All of my electronics, batteries and headphones were just left out on the counter for whomever to help themselves (5-6 hours).

They didn’t accommodate my hyperacusis, forcing me to listen to every conversation, beep, alarm, hum and phone ring in the emergency department.

When I got my belongings back, everything was out of order. Stuff was in the wrong bag. My daily pill divider got opened and pills were loose, some were wet and some crushed. The stuff I brought, I wanted to keep safe. I didn’t feel safe just leaving my camera gear back at camp for whomever to steal.

I had just changed the SD card in my Nikon to record the 2nd year of latenyte and now the 1st year SD card was missing. It had everything I shot since April that hadn’t been backed up. It most likely happened the only time my camera case was opened, during the illegal search for evidence of a crime that wasn’t committed.

I was so rattled at my loss that I left as quickly as I could. Once outside, I set my stuff down for a minute and realized my wallet was stolen.

All I wanted was a ride to the hospital for help. I left the hospital without help, missing the last six months of my photography, no wallet ($, ID, Food card, health insurance info & my only key to my studio).

What weapon or additional evidence of no crime did the sheriff expect to find under a photographer’s lense cap? (I found a nice fingerprint where there wasn’t one before. So I assume those same greasy fingers touched my lens cloth and now it needs to be thrown out.)

What weapon or additional evidence of no crime did they expect to find making a call on my cell phone? (After admission and my belongings taken, a call was placed. I noticed this when I got my phone back and the screen said connected 11:46:17.)

What weapon or additional evidence of no crime did they expect to find in my library book, “The Jesuits and the Indian Wars of the Northwest (1840-1880)”? (They went through every page.)

I was such a threat to others that I not only chose a location away from traffic, but I also chose a time of day where I felt my trip wouldn’t interfere with someone with a higher priority call. I didn’t want to be the cause of a distracted driving accident and didn’t feel my trip was worse than a car accident or heart attack.

Why would I ever want to call 911 again? Especially if it means getting violated, assaulted, tortured and treated like I am guilty until proven innocent.

Am I supposed to bend over and eat another #2 sandwich? They took advantage of a mentally ill patient. They went too far and all the officers involved should be held accountable. Not one of them said wait, this isn’t right, he hasn’t done anything. It looked more like an everyone wanted to see what this guy had party.